This savory stuffing mixes smokiness, sage and a touch of sweetness for an unforgettable flavor that’s baked to perfection. Serve on it’s own, or get creative and use it as a filling for stuffed peppers.

In a skillet over medium heat add oil, vegan butter, onion, celery, sausage, apples, mushrooms, fennel, garlic, sage, thyme, salt, and rosemary, sauté for ten to fifteen minutes, until vegetables are soft, stirring occasionally. Add the wine, and stir, scraping any bits that have begun to stick to the bottom of the pan.

Move the mixture to a large mixing bowl, and add the bread and Chao Cheese cubes. Toss with a large spoon or your hands to combine. Add the stock, and lightly toss again.

Move the stuffing to a baking dish sprayed with oil. Let the stuffing sit for at least 30 minutes before baking.

Preheat oven to 375 degrees. Bake for 35 minutes, or until crusty on top. Alternatively, you may use this as a stuffing for the filling in a roast, or to stuff vegetables, such as peppers or squash.

Set the mood by firing up our Umami new playlist. 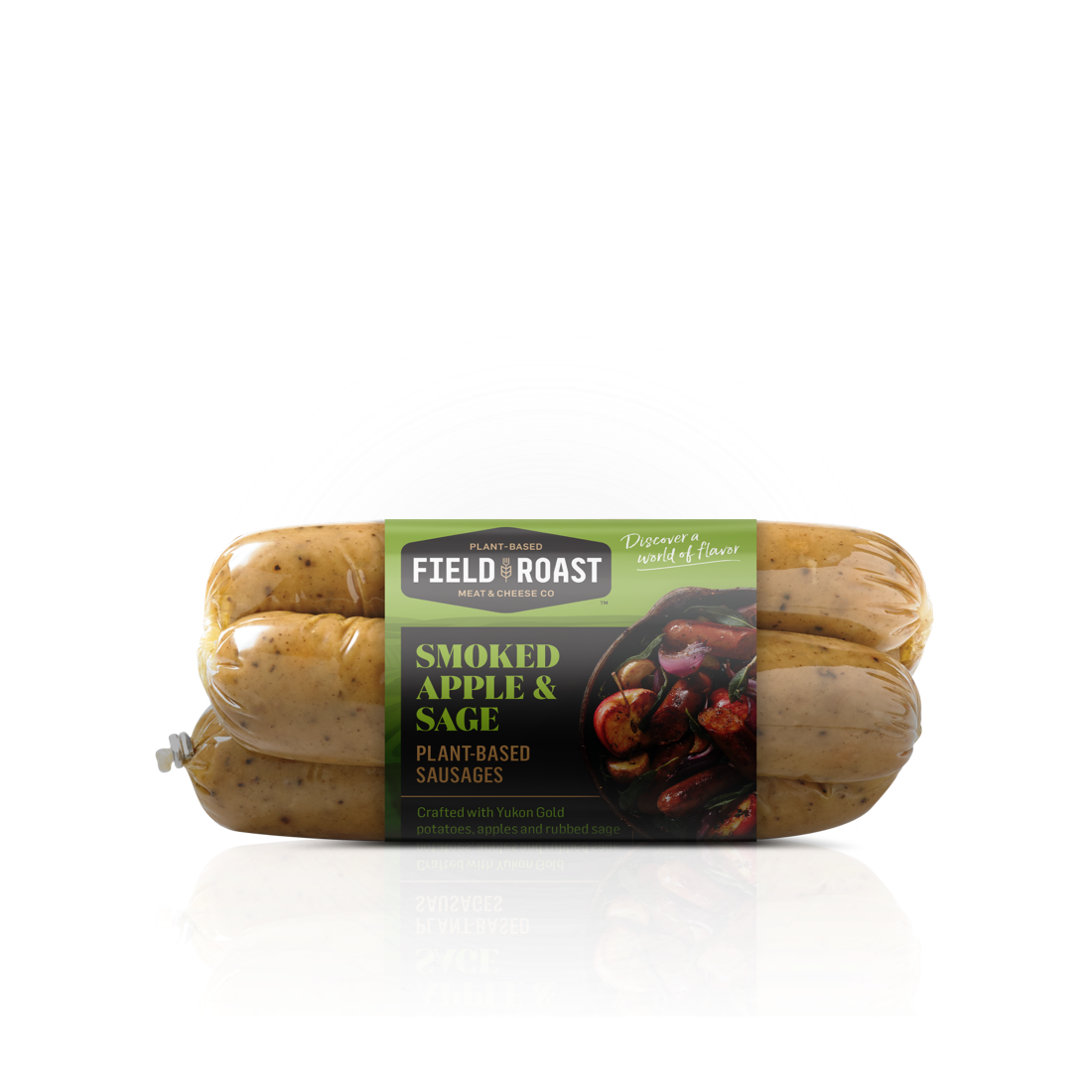